OWN A SYSTEM, OWN A LIFE 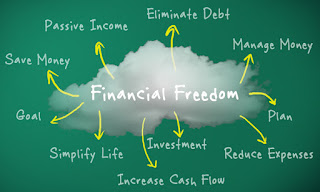 I know that just looking at the title of this article, some people will start thinking of so many systems I can be referring to.
Taking a leap further would determine whether it's a computer system, a respiratory system, excretory system or some other kind of systems. Get locked and see what you stand to gain in this nation that recession seems to be eating both the rich and the poor. 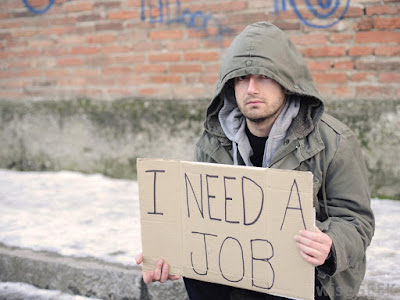 Many people fold their arms and say that they are unemployed and looking for jobs even when those jobs stare them right in their faces.


Some are sincerely not qualified for these job, others don't know whether they are qualified or not while a few are confused about what they want. I know it's awesome to get a job and live knowing that you have what people call 'job security'...absolutely! On the contrary, I was told thought a lesson that I must remember never to forget; JOB means Journey Of the Broke or Joint Of Borrowers.


Robert Kiyosaki of the world-selling RICH DAD POOR DAD series said that there are four different quadrants we live in. These are:
- The Employee
- The Self-Employed
- Business Owner
- The Investor

The difference between all these people is that:

- For the employee, he works for his money under a boss. Therefore, he'll have no freedom, no choice, no time, no life basically. Let me give a life illustration. Assuming you work for your boss, he'll tell you what to wear to work, when to resume and vacate from work, if possible, he can even decide whether he want you to settle down to have a life of your own.

- For the self-employed, he believes that "no one can do it better if not me". He can own a business but it's just him doing the job because he owns a job. I called them THE PEOPLE THAT WORK FOR THEMSELVES.

- For the Business owner, he is the person that that owns a system, rather than a job.
To make it clearer, I have dug into the the webster dictionary for the definition of a system. It read and I quote "a system is a group of related parts that move or work together."
This people therefore create a system or related part (as it's called by Webster). They share their knowledge and work with people to make this system workout more effectively. They never work alone and give room for ideas, critics and comments from other people. I call them the BREATHERS because they have nothing bothering them. They have their 100% freedom of when they want to move, where they wish to go, what they want to do and the fun part is: no one dictates their life whether directly or indirectly. 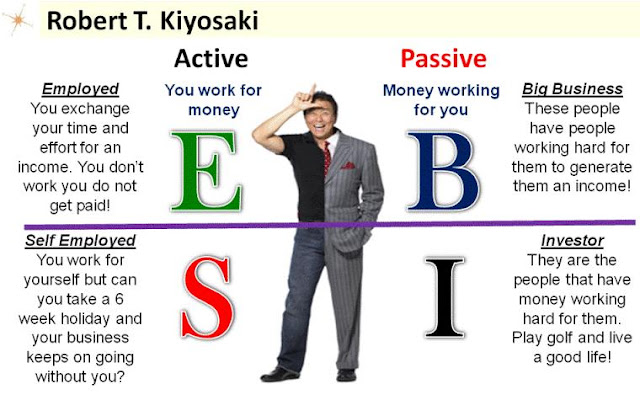 - For the Investors, they are the big fish of the society. They have ridden across all three of the quadrants mentioned earlier. They are the King in their own kingdom. These ones have people investing in their company or the brand they have created for themselves.
Don't get it twisted, it wasn't easy but it very much worth it.

A lot of us have dreams to fit into the last two part of the quadrant but don't wish to be a part of the first two mentioned earlier but have forgotten or fail to realize that it takes time, action (hard-work), commitment, sacrifice and series of planning (or strategies) to get there. Some say to themselves, "this is Nigeria", "you need to know people", "you need big money to start something", "there is recession, who will pay for my goods and/or service", and they are hence defeated by fear of both the known and the unknown and settle for just anything.This is all bullshit; permit me to come out raw but it's the truth.

Below are quotes from one of my mentors. His name is Thomas Edison. A lot of us know his story both abroad and at home but very little have no idea who he is.
Grand Thomas Edison is the inventor behind the light bulb we use everyday in every home. He failed 9,999 times and only made a success one which wrote his name on the sands of time. He was no employee, self-employed but even though he's been dead since 1931, both him and his system lives on. 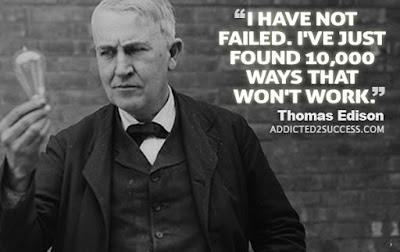 1. "I have not failed. I've just found 10,000 ways that won't work."
2. "Genius is one percent inspiration and ninety-nine percent perspiration."
3. "Opportunity is missed by most people because it is dressed in overalls and looks like work.
4. "Many of life's failures are people who did not realize how close they were to success when they gave up."
5. "If we all did the things we are capable of doing, we would literally astound ourselves."
6. "Show me a thoroughly satisfied man and I will show you a failure."
7. "Hell, there are no rules here - we're trying to accomplish something."
8. "Just because something doesn't do what you planned it to do doesn't mean it's useless."
9. "Our greatest weakness lies in giving up. The most certain way to succeed is always to try just one more time."
10. "Everything comes to him who hustles while he waits."

There are different forms of opportunities that abound in diverse looks but the only way to utilize it if you look towards the right angle and getting the right material.
Why not be a part of success train and cling to this opportunity by getting knowledge that willing catapult you to getting a life of your own, without a boss to Lord you.

To get the collection of eBooks I call OWN A SYSTEM, OWN A LIFE and put an end to endless results, simply follow the steps below:


0128139070
> Send the details of transaction to 08136495877 in the format OAS,OAL/account name used to send or name of sender/email address.
> A download link would be sent to your email address.
Join our whatsapp group for enquiries and useful info. Click Join Us on Whatsapp